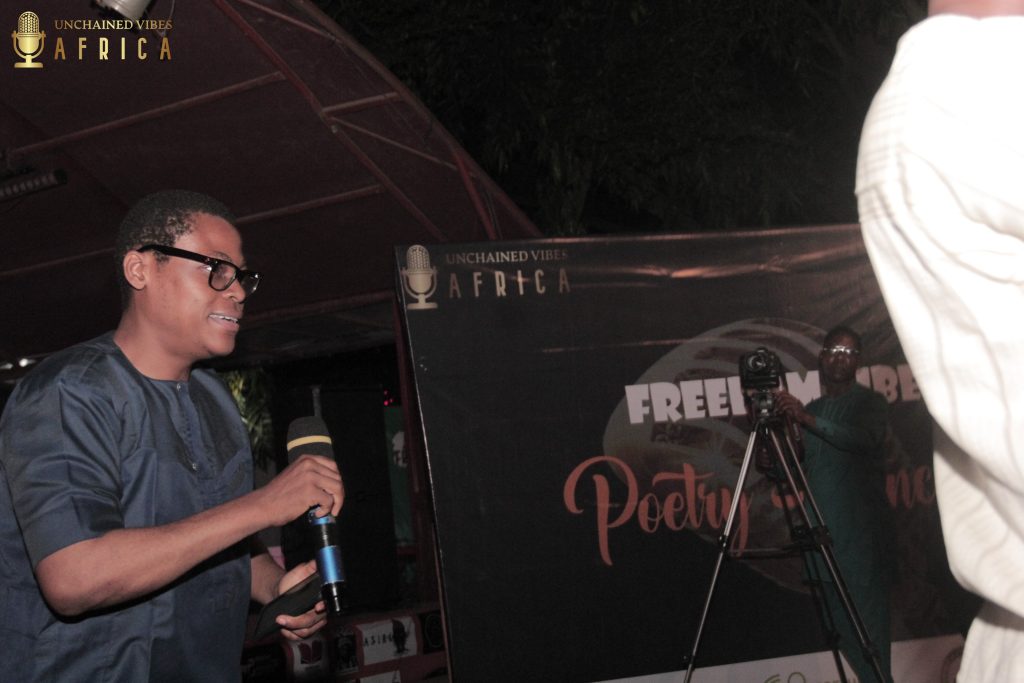 1000 Poets for Change: UVA and CAC close LABAF with Voter Education and Mobilization

The 24th edition of the annual Lagos Book and Art Festival (LABAF), organized by the Committee for Relevant Art (CORA), ended on Sunday 20th of November 2022 with 1000 Poets for Change show at the Freedom Park in Lagos. The show was produced by Unchained Vibes Africa (UVA) in partnership with Culture Advocates Caucus (CAC). With the theme Politically Motivated towards 2023 Elections, the show provided a creative platform for voter education, mobilization and general civic engagement by attendees of the festival.

It was a hybrid event which had physical attendees together with virtual/online participants via Facebook livestreaming. Using a combination of live performances by fast rising socially conscious spoken word poets and pre-recorded videos of performances by leading Nigerian poets including Dike Chukwumerije, Iquo DianaAbasi, Sage Sammy Hassan, RezThaPoet as well as veteran rapper Ruggedman, the show was a coterie of hugely talented and patriotic Nigerian poets leveraging the aesthetics of their recitations and wordplay to engage citizens, and conveying important messages about the upcoming 2023 general elections and democracy in Nigeria.

The performances and video screenings were strategically organized in a way that gave UVA team alongside young artists and activists the opportunity for calls to action. The performances and screenings were rotated with speeches at regular intervals on the center stage, sensitizing voters with particular focus on young people (who constitute approximately 76% of newly registered voters) on their role in the 2023 general elections. The calls to action centered on the need for citizens to do away with electing people based on ethnic and religious sentiments which have resulted in bad governance and political stagnation for a long time.

Both the poetic performances and calls to action further sensitized the festival attendees on the negative effect of political apathy and the widespread misconception among citizens that their votes don’t count. In a video message titled Don’t Say Your Votes Won’t Count by Ruggedman, the veteran rapper advised citizens to change the attitude. According to him, such behaviors always pave way for mediocre and incompetent candidates to find their way into governance.

In line with the LABAF’s tradition of closing the festival by passing on the baton to the younger generation, most of the activities of the show were handled by youths between the ages of 18 – 30 years mobilized by UVA and CAC. The show was anchored by two young and talented poets – Oyinkansola Adesewa and Victory Asaka who also performed.

The event was graced by members of the artistic community, civil society organizations, the media and business leaders, including but not limited to: Chief Kayode Aderinokun, a business executive and Chairman, Board of Trustees, CORA; Tunde Kelani, a foremost Nigerian filmmaker and cultural icon; Segun Adefila, a veteran actor, theatre practitioner and Freedom Vibes Award winner; Rufai Oseni, a host of the popular Morning Show on Arise TV; Efe Paul Azino, a foremost spoken word poet and convener of the Lagos International Poetry Festival, among others.